We have talked about some basic principles in finding the best investment strategy in this post. Here we take a deeper dive into the first step in investing: Building a financial model.

Market sentiments change from one day to the other. As a responsible investor, you need a rational, systematic and reliable method for managing your assets. Before putting together an investment portfolio or even buying a stock, here are some basic questions you may want to ask yourself:

Fair market value, most often used in tax evaluations, is defined as the price at which an asset would change hands between a willing buyer and a willing seller, neither being under any compulsion to buy or to sell and both having reasonable knowledge of relevant facts.

Investment value is the value of an asset to the owner or a prospective owner based on individual investment requirements and expectations. It’s subjective to the particular and specific attributes of the investor and may be higher than lower than the asset’s market value.

Intrinsic value, also known as fundamental value, is based on fundamental analyses of companies.“Security Analysis on Wall Street” derives intrinsic value of a publicly traded company from discounting future dividends to the present, thereby establishing a present value (PV) for the stock. If the stock price is lower than the PV, it is a buy; if the stock price is higher than the PV, then it’s a sell.

Fair value (legal) can be a basis for state actions, including dissenting rights cases and shareholder oppression cases. Uniform Business Corporation Act defines fair value as the share value immediately before corporate actions, but its definition and application can vary from state to state.

Fair value (finance) is the standard for financial reporting and is particularly useful for corporate transactions. Statements of Financial Accounting Standards (SFAS) defines fair value as the price that would be received to sell an asset or paid to transfer a liability in an orderly transaction between market participants at the measurement date. Fair value is often equated with fair market value, except when synergies occur in corporate transactions.

2. How to Organize Financial Data? 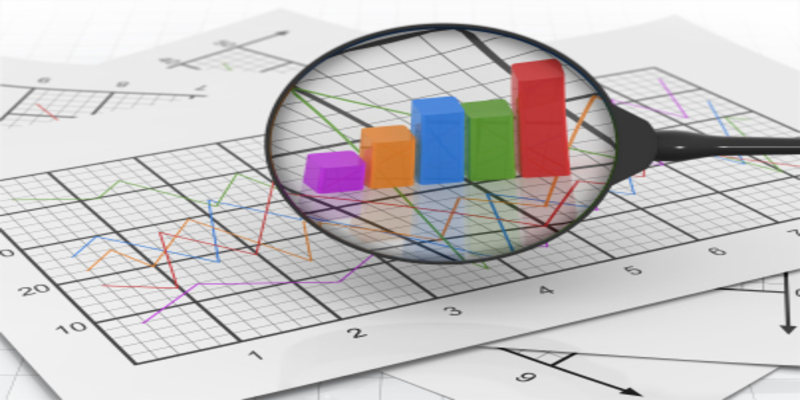 After you have downloaded a company’s financial statements onto a Microsoft Excel spreadsheet, you can first normalize the data, which means adjusting these financial statements so that they reflect main operations of the company. It is a process of organizing the columns and tables of a relational database to minimize data redundancy. Not only does this process help you understand how the company generates profit, but it also reflects what operating results may be in the future, as well as present the data in a way that is more comparable to other companies in the industry.

For example, on an income statement you can identify and isolate unusual or nonrecurring items (such as lawsuits), non-operating items (such as excess marketable securities), non-conformance with GAAP, control adjustments (such as using company proceeds for personal use) and others.

On a balance sheet, normalization adjustment could be restating fixed assets to fair market value.

Here is an excel spreadsheet that combines Apple’s Consolidated Statements of Operations for the past five years, downloaded from the U.S. Securities and Exchange Commission (SEC) website: 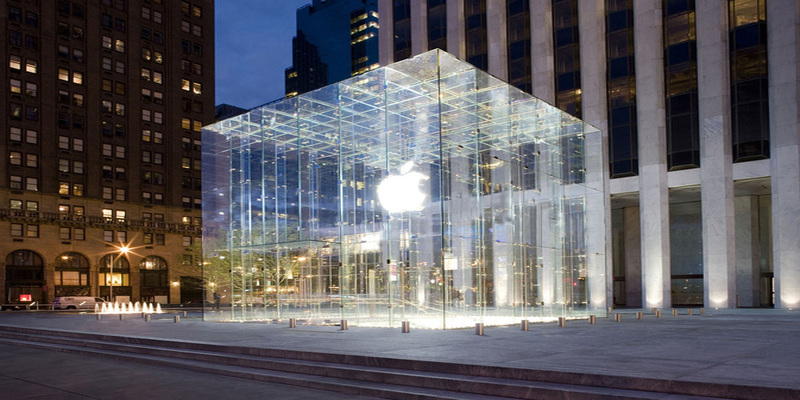 As a practice, let’s assume that Samsung is one of Apple’s competitors. Below is an excel spreadsheet for Samsung’s Consolidated Statements of Income for the past five years, downloaded from Samsung’s website. Samsung’s financial statements look different from Apple’s, but by normalizing them, the two companies’ financial statements can become more similar in structure and therefore more comparable.

Once financial data has been normalized, you could identify operational trends by common sizing the financial statements, which means each line is expressed as a percentage of the total.

Common sizing helps identify unusual items, trends, and relationships between certain financial accounts, as well as compare the operating performance of the subject company to its industry peers or other comparables. We can continue with the examples of Apple and Samsung, as shown below:

3. How to Analyze Financial Data? 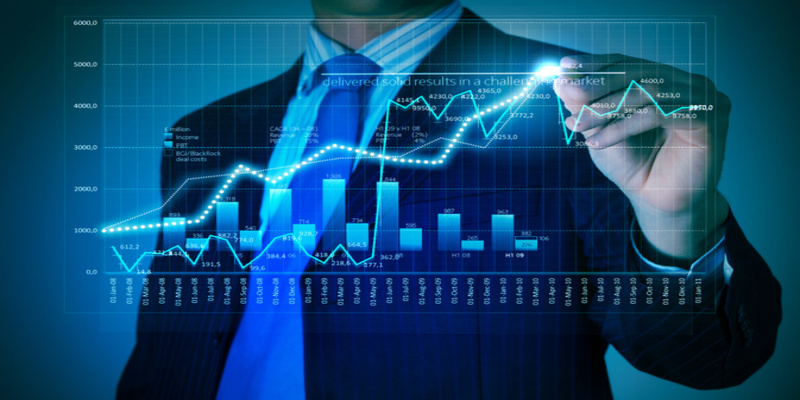 Given publicly available information of a company, you could perform quantitative analysis with mathematical equations, as well as qualitative analysis by interpreting possible business risks. Let us continue with the examples of Apple and Samsung.

What is Quantitative Analysis/ Ratio Analysis?

There are two ways to interpret ratios: time series analysis and cross-sectional analysis.

Time series analysis (otherwise known as trend analysis) compares the subject company’s ratios over a period of time and identifies trends that may indicate financial improvement or deterioration.

Cross-sectional analysis compares the subject company’s performances with its industry peers, highlighting the company’s relative strengths and weaknesses. It is most useful when the companies analyzed are reasonably comparable in terms of business type, revenue size, product mix, degree of diversification, asset size, capital structure, markets served, geographic location, and the use of similar accounting methods.

Some of the most frequently used ratios are as follows:

Liquidity Ratios are used to determine a company’s ability to pay off its short term debt obligations.

Leverage ratios help determine a company’s ability to withstand economic downturns. It’s also useful in providing insight into the relative risk of a company’s stock as an investment.

Rate of return ratios measure returns to both equity and debt capital providers of a company.

Continuing with the examples of Apple and Samsung, we can calculate the abovementioned ratios for both companies and conduct both time series analysis and cross-sectional analysis.

Our calculations show that while Samsung has lower leverage ratios, Apple has higher liquidity, higher profitability, higher return on equity, and higher turnover ratios. It’s also likely that between 2014 and 2015, Apple has made improvements in liquidity, turnover, profitability and rate of return, whereas Samsung hasn’t improved in terms of turnover and rate of return.

Do take into account that for the purpose of illustration, we have only done a few simple calculations here, and I think every investor should rely on his or her own analysis to make an investment decision.

What is Qualitative Analysis/ Risk Analysis?

Ratios help investors compare the subject company with its peers, but they don’t explain why the observed results occur or identify the possible business risks. There are 5 approaches for business risk analysis, namely: the Porter model, the McKinsey 7-S model, the DuPont model, SWOT analysis, and macro environmental analysis:

More commonly used is an extension of the DuPont Model, called the return on shareholders equity model (ROE model):

Notice that once you’ve cancelled out the common factors, ROE is simply net income divided by shareholders’ equity, which is the same as one of the rate of return ratios from quantitative analysis. The significance of the DuPont Model lies in its integration of the key areas of financial analysis and emphasis on the principal goal of management, which is to maximize shareholders’ wealth.

SWOT stands for Strength, Weakness, Opportunity and Threat. It is believed that the issues identified must be resolved within one to four years. Strength and Weakness are internal to the subject company, whereas Opportunity and Threat are external. This approach may be used together with the Porter Model.

Macroenvironmental Analysis
It helps to consider 5 macroenvironmental sources of risk, including technological risk, sociocultural risk, demographic risk, political risk, and global risk. While individual companies may have little or no influence on the macroenvironment, changes in one or more of these risk factors may considerably alter the industry outlook.

4. How to Find Out What an Asset is Worth?

There are typically three approaches to value an asset or business: Income, Market, and Asset

Income approach is the most widely recognized approach to value a private enterprise. It is based on the premise that value today equals to future cash flows discounted at the opportunity cost of capital.

You may need to adjust for ownership characteristics, non-GAAP or extraordinary items, non-operating items, potential changes in tax rates, and potential synergies from mergers and acquisitions.

Market approach is most widely recognized in real estate appraisals. It evaluates a business by comparing it to similar public or private companies. Values of the reference companies may be known either because they are publicly traded, or because they have gone through a recent transaction of which details are publicly disclosed.

Sometimes it’s necessary to use all three of the methods to have a full picture.

Asset approach is commonly used in financial and tax reporting and for asset-intensive businesses, or for very small businesses. It presents the value of all the tangible and intangible assets and liabilities of an enterprise.

This approach typically starts with a company’s balance sheet and restates the assets and liabilities to fair market value. However, this approach may undervalue an operating company, because the value of goodwill and other intangible assets is less likely to be reflected on the balance sheet.

The purpose of building a financial model is to derive what you think is the true value of the asset, based on a set of assumptions and existing information. Since there is no way of telling the future, history is usually a place to start. In practice, a financial model is usually an excel spreadsheet, where you can organize income statements, balance sheets, cash flows and others in a way that makes sense to you, and more importantly helps you make an investment decision.

What is your chosen definition of value, and what is your favorite valuation approach? Is there a quantitative or qualitative analysis that you particularly rely on?