The week after black Monday

Levels to watch this week 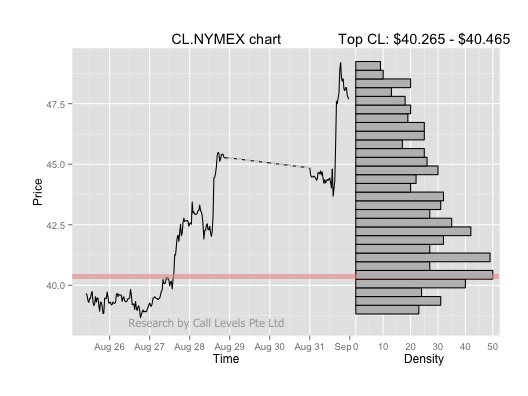 A handful of users set Call Levels near the spike for WTI Oil, however most were watching it around $40 this week. 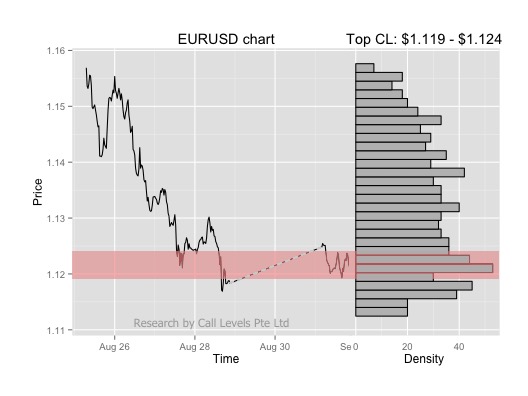 Themarketmaster was founded by a group of professional financial market traders and investors with previous backgrounds in premier banks such as Citi, Bank of America and HSBC to name a few under the holding company themarketjournal pte ltd, to provide financial educational services and opinion pieces through the financial blog (www.themarketmaster.com) with the purpose of being a companion to the retail trader and investor to navigate a very complex and dynamic financial market. Our courses and financial blog cater to everyone with an interest in trading or investing from the beginner level, to the intermediate and more advanced levels. Our hope is that our educational offerings and opinions will help any trader or investor with a keen interest in financial markets navigate through the noise in the financial market space so as to focus on what matters and in the process hopefully achieve better returns for their portfolios over the long term.

We think the USD is currently in a longer term major structural uptrend that has resulted because of a massive amount of borrowing in USD especially by Asian economies. As it stands, there is roughly around USD 9trillion worth of corporate loans that are outstanding at this time in Asia, and Asia is not doing so well at present. As such, many of the corporations will have to start paying back their loans eventually or refinancing them which should lead to further USD upside against Asian currencies especially those in South East Asia who have relied on China’s booming economy in the past for their business as China begins to slow and transition into a consumer based economy. The outlook against the EUR should also see the USD gaining strength in the months to come as Europe carries on it’s QE program and struggles to bring inflation back on the cards with the fall of energy and food prices.

Our biggest concern though is not with the currency markets, but with the U.S. stock market. Many of the emerging market stock markets have so far experienced double digit negative returns this year with only the U.S. stock market just beginning to take a tumble. So far, the U.S. markets have been running up based on roughly USD 2 trillion worth of corporate buy backs that have not gone into increasing wages or capital investments which would have stimulated the real economy. Also, there is something I like to call the mystery of the 7year economic cycle in which a major financial & economic crisis hits every 7years. The last crisis appeared in 2008, so if you count 7years from that period that puts us right square in the 7th year of the cycle with us going into what is traditionally the worst month for Stocks which is September. Our team at www.themarketmaster.com have been researching on this phenomenon of a crisis every 7years going all the way back to 1896, which is about a 100 years worth of data, and the findings are nothing short of interesting so do watch for that series coming out soon.

Other than the 7yr. Economic cycle, there are also some key warning signs that we are noticing, the first of which is the decreasing share volume as the market has been rising, the continued downtrend in the Dow Transport Index in 2015, low commodity prices signaling poor economic demand, and US corporate profits in recent quarters being on the decline with the fall of oil prices as many oil companies in the S&P500 have been struggling to make profits at current oil prices, which have affected the overall S&P500 earnings. This also has led to another concern which is found in the US Corporate high yield credit market where spreads over the 10yr risk free rate have risen dramatically over the last few months as the concern of defaults by many shale producers who make up a good part of the high yield market begin to spread.

Do go to our blog and articles found at www.themarketmaster.com for more updates and details as we watch events unfold before our eyes in the coming months.

Where do you think the market is going next?

We think the S&P500 will retest the lows seen in the last move down, with the potential to break these lows in the coming sessions which it tends to do a majority of the time. If so, we expect the downside to first hit the 1756 level for the S&P500, and possibly lower thereafter if some sort of a trigger hits the market such as a wave of defaults or a geopolitical event.

Follow This Level
We also expect the USD to continue rising against Asian currencies as we think any credit crunch will hit Asia hardest, as we were the only region increasing leverage whilst the rest of the world was reducing their leverage. In our opinion, the easiest way to play this is by going long the USDSGD with a potential to see 1.50 and higher over the next few months. The MAS should eventually relent and adjust the NEER band to allow more easing as regional currencies continue to slide such as the MYR and IDR. Whilst it may be tempting to go long stuff like USDMYR directly, the NDF market in which this is done is fairly opaque and not really for the common investor as the market is controlled by several key players with information not always being readily available. Also, the forward swap points that you incur going Long USDSGD is far less than what you would incur going long USD against MYR and IDR due to the smaller interest rate differential between the US and Singapore.

We give a lot of these updates through our blog & articles at our website www.themarketmaster.com so do visit us to keep a tab on the events.

Want to be featured in next digest and reach out to 10,000+ financial market participants?